Harnessing the flow of waterfalls, rivers and oceans. 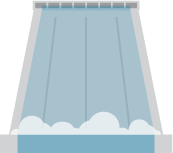 As of 2020, there are roughly 2,300 hydroelectric energy plants in the United States, some of which have become important American landmarks. The next time you’re at the Hoover Dam or Niagara Falls, make sure to snap a selfie with a famous source of hydroelectricity!

Watch this quick 2-minute video about how hydroelectric energy works: Despite the countless technological advancements we’ve made since we started using hydropower, the principles of harnessing hydroelectric energy are much the same as they were thousands of years ago.

A dam, canal or pump, built on or adjacent to a flowing body of water, redirects the flowing water from its natural path. 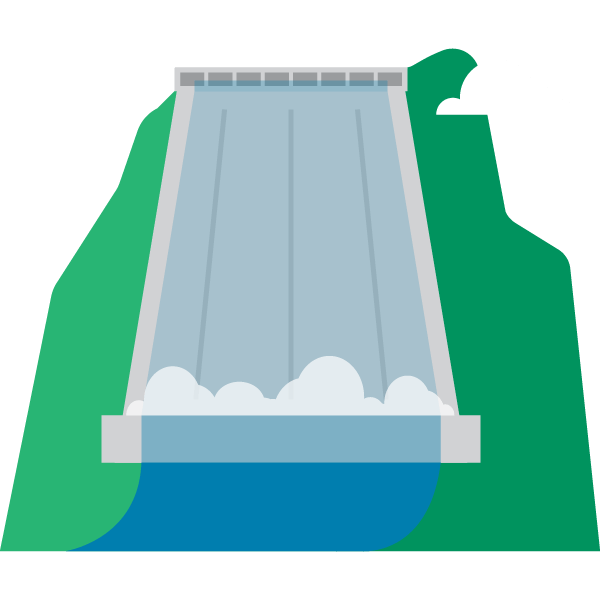 The redirected water flows through a pipe past one or more turbines, then out through the other side to return to where it was going. 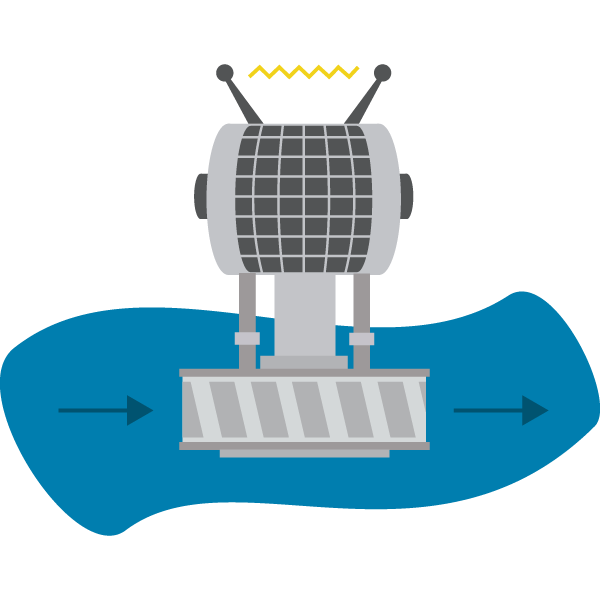 The force of the flowing water spins the turbines, which are connected to a generator that uses the turbines’ rotating force to make electricity. 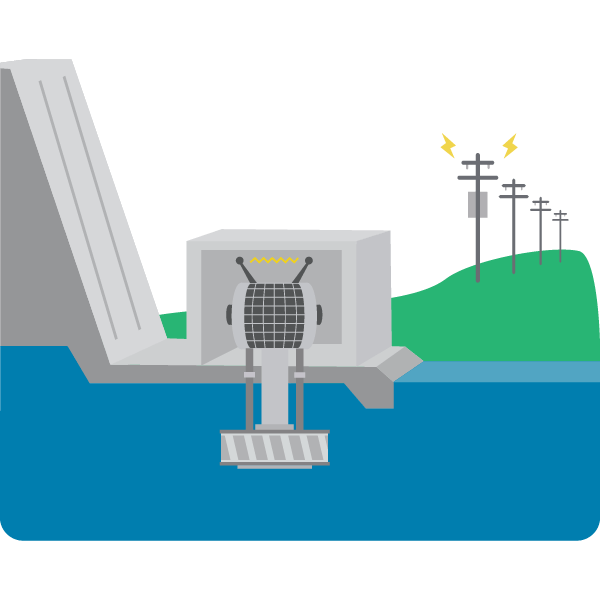 The electricity is sent to the electrical grid, where the 100% clean, renewable energy gets distributed to homes and businesses. 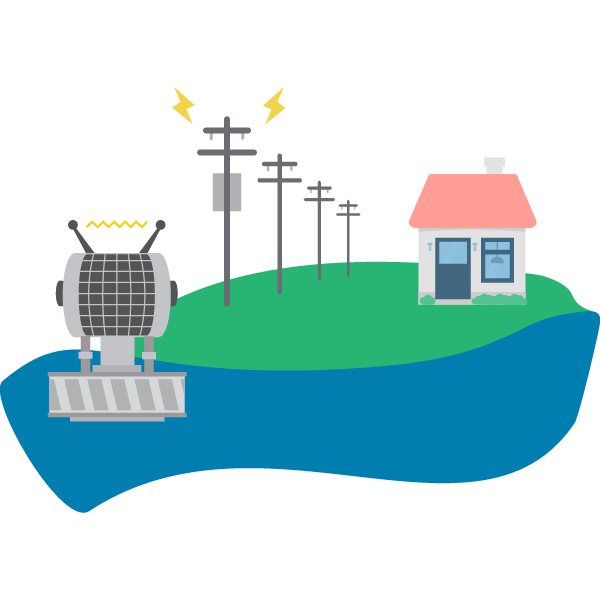 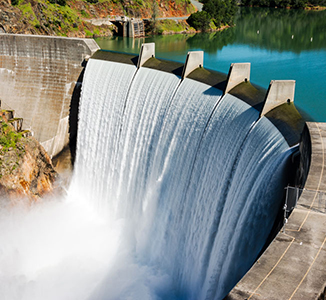 Yes! Since all you need is moving water, hydroelectricity can be made wherever water is flowing. The great thing about hydroelectricity is that the water cycles of rivers, waterfalls and oceans are constantly recharging, making hydropower 100% renewable. And, since we only use the energy of the water’s movement to generate electricity, the water itself can flow right back onto its original course with no harm done.

There are three major types of hydroelectric power plants that are used to generate electricity. Each type uses a different method for moving a turbine and generating electricity for the grid to use.

The most common type of hydroelectric energy plant, an impoundment facility, uses a dam to fill a reservoir that stores water, then releases the reservoir water to flow through a turbine that generates electricity.

Like the name suggests, a diversion system redirects a portion of the water away from its natural flow and into a canal or a penstock, sending the water through a turbine to generate electricity. Diversion systems are often used in bodies of water that have a natural decline in elevation, such as a waterfall or a river that flows down from a hill or mountain, but they’re also used to capture energy from waves and tides in the ocean.

A pumped storage hydropower system is essentially a natural battery. Electricity that’s generated elsewhere, such as from a solar farm or wind power facility, powers a pump that moves water from a lower reservoir to an upper reservoir. When there’s a need for this electricity — like during the hottest part of a summer day, when every home and business has the A/C running and there’s a high demand for electricity — water from the upper reservoir is released and directed through a turbine, which spins to generate electricity.

Advantages of hydropower — and some challenges.

Hydropower is one of the oldest energy sources in human history. And though we harness it for a different purpose in the modern day, there are still things we need to consider when deciding to use hydroelectricity.

Cost effective
Hydropower is one of the least expensive renewable energy sources in the United States.
Versatile
Hydropower can be captured from many different forms of water, including river currents, river dams, ocean waves and ocean tides.
Flexible
Hydroelectricity has more flexibility than other renewable energy sources, empowering us to use it in tandem with sources like solar and wind power to provide reliable clean energy 24/7.
Affected by weather
Hydropower reservoirs depend on weather trends and precipitation to stay full, impacting its reliability as droughts and other conditions related to climate change become more common.
Environmentally impactful
Hydroelectric facilities have the potential to adversely affect their surrounding environments due to the disruptions in the natural flow of water, so they must be carefully constructed and operated.

Ready to power your life with 100% clean, renewable energy? Shop for electricity plans that are available in your area. 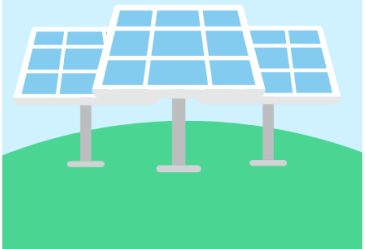 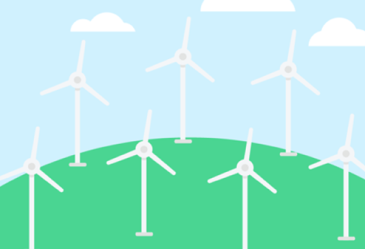 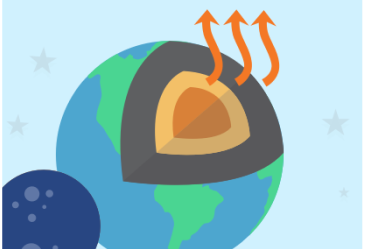 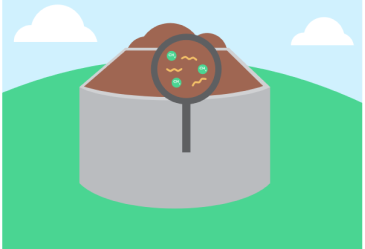